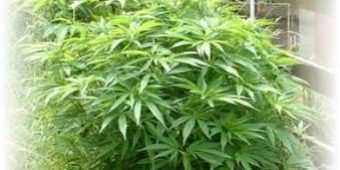 What is CBD? CBD is one of many compounds, known as cannabinoids, that are found in the cannabis plant. Cannabidiol (CBD) is a non-psychoactive compound derived from industrial hemp. There has been growing research on its therapeutic affects of the endocannabinoid system.  This system is part of the nervous system, that is made up of two different types of receptors, CB1 and CB2 which help regulate the basic body functions. The CB1 receptors in the brain deal with coordination and movement, pain, emotions and mood, thinking, appetite, and memories, among others. CB2 receptors are more common in the immune system.

How CBD works? CB1 and CB2 receptors can be activated by endocannabinoids (produced by the human body) as well as by plant cannabinoids (like those found in hemp or cannabis.) It is believed that CBD seems to influence the body to use more of its own cannabinoids by activating other receptors.

Is CBD Legal? If you are considering CBD oil as a treatment for a suitable condition, talk to your local healthcare provider. Also, research the laws for your own state.

Due to the lack of FDA regulation for CBD products, seek advice from a medical professional before settling on any particular dosage.

From the Same Category